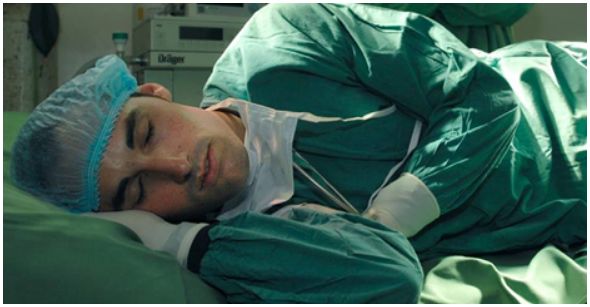 An audit by the Australian Medical Association (AMA) conducted in 2011 shows that doctors are still working an unsafe amount of hours.

Over 50 percent of Australian hospital doctors work hours that are classified as high risk or significant risk. Some doctors even reported working unbroken shifts for up to 43 hours.

The AMA has been conducting the same audit every few years since 2001 so they can keep track of the dangerous trend of doctors being overworked. They are pleased to see some areas of the Safe Hours Audit figures are improving, but they feel it is not moving fast enough. There are also some areas of the audit that are actually getting worse, such as the longest recorded shift and the total number of hours worked during the audit week.

The audit collects “data on the hours of work, on-call hours, non-work hours and sleep time experienced by doctors working in the public hospital system over a full working week.” The data is then independently analysed for the AMA.

AMA Vice President Geoffrey Dobb, has said the public hospital administrators, as well as State and Territory Governments, need to strengthen their efforts to improve rostering and work practices for hospital doctors. It is work practices that are contributing to doctor fatigue and stress levels, and this in turn impacts on the quality of care and patient safety in public hospitals.

“The performance impairment of a person after 17 hours of sustained wakefulness has been shown to be equivalent to that at a blood alcohol concentration greater than 0.05 per cent,” Professor Dobb said. “If this performance impairment was actually the result of alcohol consumption, prevailing hospital policies would prevent these doctors from working. It is not right to have doctors exposed to working conditions that could impair their performance.”

Professor Dobb went on to say that doctors didn’t have to reduce their total hours to combat fatigue, it was more a matter of improved rostering practices and better staffing levels so that doctors are able to recover after extended periods of work. In general, there seems to be a lack of rest and breaks within a working shift, where a doctor has time to recover from intensive periods of concentration and hard work. Due to overtime and the nature of the job, oftentimes there is not enough of a break between rostered shifts either.

The use of locums to cover doctors who are off sick, on leave or in hospitals that are generally short staffed would help combat the pressure put on doctors to continue working long hours at a time.

Dr. Will Milford, the Chair of the AMA Council of Doctors in Training, reported that fatigue impacts the lives of junior doctors who are struggling to keep on top of work, study and exams. He said public hospitals play an essential role in teaching and training, but many doctors reach a point where they are just too tired to learn.

“We need to strike a much better balance so that we have a quality training environment that recognises teaching and training and the benefits that environment can bring to quality patient care,” he said.

Fatigue is more than just tiredness. When a person doesn’t get as much sleep as they should, they begin to build up what is called a ‘sleep debt’. This sleep debt accumulates until the person gets enough sleep to overcome the debt. As each day passes and more sleep is missed, the debt becomes large enough for fatigue to kick in. Once this happens, it can take several days before someone can recover from it.

When someone has fatigue, safety in the workplace can be compromised. Fatigue reduces alertness which means the worker will find it hard to undertake tasks that require a high level of concentration.

Working long hours is not only bad for alertness and concentration, but there is a long list of health problems associated with ongoing fatigue as well.

According to Safe Work Australia, people who are often fatigued may suffer from longer term health effects such as:

The only way for your brain to recover from fatigue is to get sleep. Not just a simple rest or some relaxation, but proper deep, undisturbed sleep for at least seven straight hours. If doctors are not given adequate areas to sleep in or enough time between shifts they will not be able to get past the fatigue to continue at their best level of alertness.